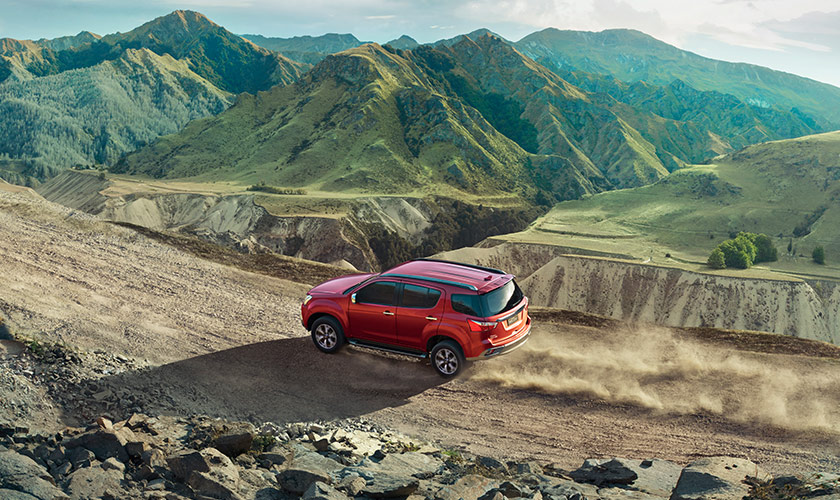 For an automotive company, you could have far worse brand characteristics than being renowned for toughness and durability — especially if you operate solely in creating rugged workhorses and vehicles made for conquering unsealed terrain. Isuzu Ute benefits from being an offshoot of its parent truck company, not only because of its name recognition but also its products since launching in Australia in 2008.

It says it builds its vehicles “from the truck down”, as opposed to “from the car up”.

It has resulted in the D-Max ute and its MU-X SUV sibling being significant overachievers in their segments: the D-Max was fourth in one-tonne ute sales last year (beating out its Holden Colorado twin under the skin) while the MU-X was also fourth in the large SUV category (though Isuzu like to point it was the bestselling ute-based SUV).

With only two products on offer, it’s a fairly big deal for the brand when they are updated — but at the launch event in Torquay, south of Melbourne, there was more interest in speaking to the company executives on hand about the next-generation D-Max — which will also be the new Mazda BT-50 — due in the next couple of years.

The execs were keeping mum on the new model but, to be fair, it seems even Isuzu is more interested in what’s to come than thoroughly reworking what’s already in showrooms.

Depending on the variant, the D-Max scores some new wheel designs, smart entry and start and some very minor exterior tweaks.

The MU-X gets similarly trifling changes such as piano black door trims and some ambient interior lighting, though it has also had its steering tweaked for easier use in the burbs.

Also to be fair, in terms of performance, neither the D-Max nor MU-X need much of an overhaul.

On sealed surfaces the D-Max is solid enough, though it still jitters with an empty tray despite last year being fitted with a three-leaf rear suspension instead of the previous five-leaf set-up.

The MU-X is predictably nicer to drive and more comfortable, with the steering noticeably softer and easy to use when in tight spaces.

At the Australian Automotive Research Centre proving grounds, both were barely troubled by off-road work, including climbs and descents of 40 degrees.

These are capable vehicles.

One aspect we appreciated was the hill descent control speed being adjustable by pressing the brake or throttle as needed, which is far more intuitive than having to fiddle with buttons or steering wheel controls as in some competitors.

The Australian-only 3.0-litre four-cylinder diesel engine remains down on output but is robust and capable — if a tad noisy.

Unfortunately, where the duo fall short is in safety — namely, the lack of autonomous emergency braking. Isuzu wouldn’t say whether we’d have to wait until the new-gen models for it to arrive but it seems fairly obvious we will.

Other safety tech such as blind spot monitoring, rear cross-traffic alert and front park assist are all optional extras.

The lack of Android Auto and Apple CarPlay is also disappointing.

No doubt the D-Max and MU-X are worthy of their success and remain quality offerings in their respective segments but an all-new refresh will be welcome.